Diabulimia is an eating disorder characterized by intentionally reducing insulin intake in order to lose weight.

FacebookPinterestMessengerTwitterEmail
4 years ago| by Sheree McDonald

Diabulimia is a dual-diagnosis disorder in which an individual is diagnosed with diabetes as well as shows signs of an eating disorder.

While diabulimia is a real condition, it is not categorized as an official eating disorder by medical professionals. Instead, it is an observed behavior with specific traits that may vary from person to person. This gray area is often the reason for misunderstanding of the condition and even some confusion on how to identify it. Unfortunately, this is also the reason that many people go undiagnosed.

To spark a movement for deeper understanding, it’s best to start with understanding what diabulimia is and the associated characteristics of the condition.

Diabulimia usually occurs when an individual who has type 1 diabetes intentionally reduces their insulin intake to lose weight. However, insulin manipulation is not always the selected method; other eating disorder behavior may be present instead.

Research indicates that women with type 1 diabetes are twice as likely to develop an eating disorder in comparison to their peers of similar age and demographics. While studies indicate that women are more likely to be sufferers of diabulimia, keep in mind that men who have type 1 diabetic are at risk as well.

A person who suffers from diabulimia may participate in the following activities:

As you can see, not all of this type of behavior is easily detected. For instance, if an individual tampers with their insulin records, it may take weeks, months, or even longer to notice a pattern of behavior consistent with diabulimia.

Regular doctor visits can help identify other symptoms that prove that an individual is not maintaining proper insulin levels.

Studies show that many factors may increase an individual’s risk of developing diabulimia. Diabetes itself is often a culprit. Upon diagnosis, individuals have to be more in tune with their diet and caloric intake.

Sometimes this manifests into an unhealthy relationship with food and weight. Additionally, the stress of managing an illness like diabetes can take an emotional toll. Managing a lifelong disease can cause anxiety and depression.

In an attempt to establish control, individuals may resort to unhealthy insulin intake as a way to maintain control of their body. What may start out as a rebellion against diabetes, may then transition into an unhealthy pattern of insulin intake, and finally, an eating disorder is established.

In some instances, diabetes itself is not a factor in the development of an eating disorder. Instead, individuals have a skewed sense of body image, and the insulin provides a vehicle to carry out an eating disorder that may have occurred anyway.

Why Do People Get Gestational Diabetes?

2 years ago| by Colleen Kelly

While type 1 and type 2 diabetes are the most common forms, diabetes during pregnancy can occur. This is called gestational diabetes. Find out more here.

Individuals who are starving their bodies of necessary sugars leave behind tell-tale signs of their choices. Here are a few symptoms to watch out for:

A medical professional will be able to help identify if a person suffers from diabulimia or if there are other underlying issues with similar symptoms.

Diabulimia is a serious medical concern that can lead to several short and long-term health conditions. Some of the most prominent risks include:

The body thrives on the proper level of insulin, and without it, the body will experience mild to severe symptoms that could leave irreversible damages. While all eating disorders require early diagnosis and treatment, people with diabulimia are at a heightened risk because damage to the body can occur faster.

The root of diabulimia is a mental and emotional response; it is best to cope with the disease at the core issues of control and body images. There are diabulimia specialists that can help identify if there is an issue and work through strategies and coping mechanisms to overcome this complicated disorder.

If you or someone you know are showcasing signs of diabulimia, reach out to a medical professional to find resources near you. It is possible to treat and recover from this challenging condition. 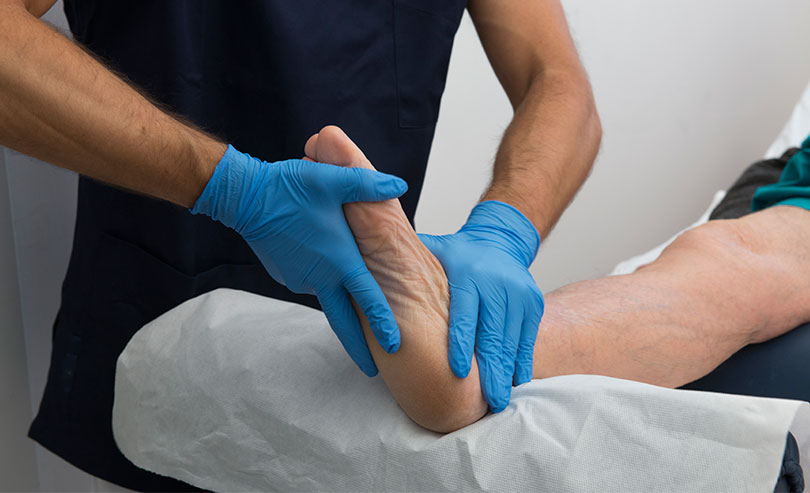 Diabetic LivingPossible Diabetic Foot Problems and How to Avoid Them

Diabetic LivingInsulin Pump Therapy: A Way to Treat Diabetes
you may also like